HPRA
USS HUGH PURVIS - DD 709
The page for HPRA Reunion Information! Covering the upcoming reunion and those in the future. Check back often for the latest. (Updated  2/27/2012)

We're Going We Went Back to Where It All Started!!! 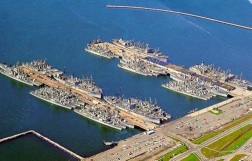 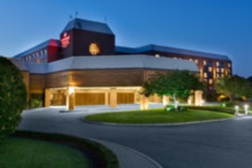 
The 2012 HPRA Reunion was held in Warwick (Newport) R.I.  from June 7th to the 9th. Our home base this year was the Crowne Plaza Hotel in Warwick. They provided us with a fine hospitality room, a buffet breakfast every morning, including Thursday.  6/6 for those that came in on Wednesday. The room accommodations were pretty good (I did not have any problems this time). There were shuttle services to and from the airport, as usual and a shuttle on demand for transportation to other places within 5 miles.

There were the usual tours, arranged by George, and were excellent. For the Friday tour, actually there were two. There was one to the Newport Naval Base, plus a second choice to two of the homes on the Newport Mansion Tour. The base tour started with a windshield tour through Newport, Fort Adams and other spots, including a lot of the big homes in the area. Some were so big, I think one may get lost in them. After the windshield tour, we went to the Naval Base proper. Our first stop was at the Officers Warfare Training center where they train new officers on the handling of the ship. A naval officer gave a presentation on what they do there and other information (every one we saw was an officer). There are simulators, designed to be like the real thing. One set was for the engine and power generation parts of the ship (this was based on the Arleigh Burke - DDG51). The second simulator was for the bridge. It has a 360 degree video wall to display what you see from the bridge level. Very realistic, not like a game. Once they started the "ship" moving, you actually felt as if it were real, especially when they kicked in some bad weather. You felt the swells, roll and pitch etc. These simulators of today give navy personal a realistic experience in their training.

After the training center we went to the Officer Club for a buffet lunch followed by a visit to the War College Museum. We also had a windshield tour of the base. There is a lot of construction happening all around. The base has gained quite a bit of function since the last "BRAC" round. The Supply Training center has been moved to Newport and a number of other naval functions. There seems to be no chance of any naval ships being there in the future.

Pier 1 and 2 are still there but are in poor condition and eventually will be removed. The only active ships in Newport using the piers are Coast Guard vessels. The area along the shore line where the piers are is being readied for the Coast Guard use. The USS Saratoga is tied up to pier 2, not in commission, and will probably be scraped within the next year or so. There are a lot of new buildings, dorms, gym's and office facilities. The Rhode Island Army Reserve is also based there and a Marine detachment.

The alternate tour was a windshield tour of Newport and a visit to two of the mansions on the Newport Mansion Tour. They spent the day in Newport, Rhode Island, known as the playground for the wealthy. In the morning was a visit to the Breakers, one of the grandest of Newport's summer "cottages" a symbol of the Vanderbilt family's social and financial preeminence in turn of the century America. There was a guided tour of the Mansion with a firsthand look at the lifestyles of the wealthy. Time was allowed for lunch and browsing, on your own, before visiting Rosecliff. Built by architect Stanford White for silver heiress Tessie Oelrichs, Rosecliff was conceived as a stage set for the dinners, balls, and costume parties that made up the social whirl of Newport during the Gilded Age. As they departed Newport, they enjoyed a riding tour of Newport, hearing about Hammersmith Farms, JFK's "summer White House" retreat, and all of the fabulous homes along famous Millionaires' Mile and scenic Ocean Drive. The tour enjoyed the water views while hearing about the considerable history and influential families that make Newport famous.

Saturday was spent at the "Battleship Cove Maritime Museum" in Fall River Massachusetts. The ships berthed there are the battleship USS Massachusetts - BB59, the destroyer USS Joseph P. Kennedy Jr. - DD850, the Submarine USS Lionfish - SS298, a landing craft, two PT Boats and the Hiddensee an East German/German missle corvette built in St. Petersburg Russia. You could explore most spaces on these ships, so there was something for everyone. Our lunch was included in the tour price and took place aboard the Massachusetts. When we first arrived, we had our memorial wreath ceremony on the fantail of the Massachusetts. Taps was played by shipmate, Julius (Butch) Guzejko. Great job! I hope he will available again at our future reunions. See this link:  "Battleship Cove Maritime Museum" for more information.

We departed the cove around 2:15 and headed back to the hotel for the annual business meeting. Two officer positions were up for election; Vice President and Treasurer. Both George and Ken agreed to run again and were unanimously voted back. George talked about Norfolk next year and that it would be Tall Ships week there. Our hotel will be right on the water and plenty of things to see and do, including restaurants, within walking distance. It was pointed out that it will be a busy place and if you come early, it will be to your advantage. 2014 in Cleveland was tabled to the 2013 meeting.

At the meeting, Howard Ferrell gave a presentation on placing a plaque for the Hugh Purvis in the Navy Memorial in Washington DC. The total cost would be around $3500 and one of the 50-50's was a start on that. The proposal was agreed upon and we will find ways of funding it. One way would be donations from members.  It was pointed out that if each active member gave $10, our funding would be met.

The annual photo session and dinner was held starting around 6:30. Good food, plenty to talk about; a really nice time. There was a dance floor set up with a boom-box for music after dinner. There were a bunch of door prizes, two 50-50's and the 2 night free room coverage drawing.

There will be photos and slideshows on the appropriate pages of the HPRA web site. They should begin appearing throughout June and July. It takes a bit of time to get them all from shipmates and the photographer. There will also be several new videos on the Video page.

If you have something you would like to contribute about the reunion, photos, video or any other comments or experiences, use the link "Click here to send..." at the bottom of this (or any) page to send them in. Anything sent by "USPS" will be returned if requested

PHOTOS from the NEWPORT AREA
(Hover mouse over photo for title) 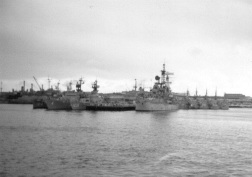 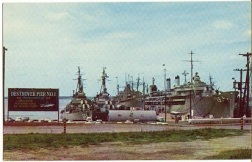