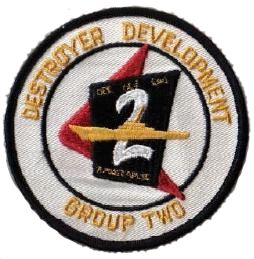 USS HUGH PURVIS (DD709)
REUNION ASSOCIATION (HPRA)
Haze Gray and Underway! Welcome Aboard! The web site for all shipmates of the USS HUGH PURVIS - DD709, from commissioning to its transfer to Turkey in 1972. Come aboard and have a look around. If you like what you see, let other shipmates know what they are missing. 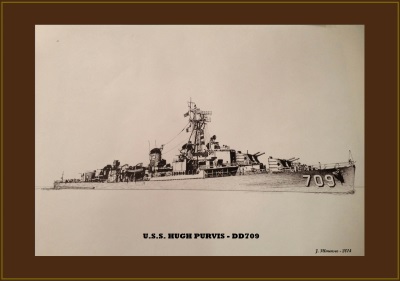 Hand Drawn
from A photo

See the following for information on...

(Select  "LINK" to update your information)


The HPRA, this Website, the Shipmate Directory and our Newsletters are not possible without your financial support.


An electronic copy (PDF) of the Shipmate Directory and By-Laws are  available to
"ACTIVE" members via email from the HPRA president (email Link).


NOTE: Photos on this page (and others) may have links to a larger version
and will open in a separate Tab/Window.


The 2021 reunion scheduled for June in Milwaukee has been postponed due to the ongoing pandemic. We are rescheduling it to June 8-11, 2022. All information from 2021 holds true for 2022. The hotel and tour venues have agreed to honor our contracts. The reunion information page has been updated to reflect the changes. Hotel reservations will open in January 2022. 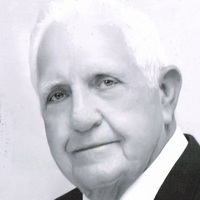 Robert Lempges passed away on 8 August 2021 at the age of 91. Robert served aboard the Hugh Purvis from 1950 to 1954 advancing to MM1. He lived in Mcloud, OK at the time of his passing and was a Lifetime member of the HPRA.

Hugh Purvis DD709 on the gun line - time frame 68-69 (2 views - select for larger)
Photos provided by Bud May, U.S. Army B-Battery, 6/32 Artillery Liaison Officer,
in general support of the 9th ROK infantry Division (White Horse) in Vietnam
Do you miss the reunions?? Hopefully we will be back on track in
June of 2022 in Milwaukee. Here is a montage of several years of photos...

INTRO: While this is not “Navy” related, it was provided by one of our Hugh Purvis shipmates, Paul H. It is a bit history that impacts Paul’s family’s life and provides a little information about 1800 immigrants who ended serving our country in one of the saddest stories from our Civil War.

My grandmothers’ grandfather was Philip Rohrbecker, born 6 January 1817 in Viernheim, Germany. He emigrated to New York City on 13 August 1852. Wanting to be a citizen of this fine country, he joined the U.S. Army during the Civil War and was assigned to the all-German 46th regiment out of New York City, called the “Fremont Rifle Regiment.” This regiment was mustered into the U.S. Army Service between 29 July and 16 September 1861, for a 3 year term of enlistment. The regiment left on 16 September 1861,  800 strong, for Washington DC, where it was assigned to the 1st. Brigade of Sherman's division, then quartered at  Annapolis.

Early in November 1861, they were assigned to the Department of the South, seeing action at Ft. Pulaski (GA), Secessionville (SC), Sulphur Springs, Bull Run & Antietam.  In June 1863 they joined Gen. Grant at  Vicksburg. After the fall of Vicksburg they were ordered to Knoxville, TN. During a  battle at Campbells Station, two men were killed and two were missing. One of the men missing in action was Phillip Rohrbecker. That was 13 November 1863.  Phillip was captured and sent to the Andersonville Civil War Prison, where he suffered sorrowful and deplorable conditions, until he died on 23 June 1864.  He was a Private in Company B, with  interment in grave #2354. Their Colonel  was Rudolph Rosa (he spoke both English & German.)

My family and I visited Andersonville a few years back.  It is located in Plains, Georgia, and a new POW (all POW’s) center there is now open to the public. There is still an area where the original walls are still there, and what is very interesting is the Providence Spring, which became  known as "the miracle at Andersonville."  The story is, the only water available to the prisoners was a stream that flowed through the walls that came from upstream, that was used by the southerners to wash, go to the bathroom etc. before  it got to the battered union prisoners, most who felt forgotten, and for many of them, it made the difference between life and death!

The story tell that, in 1864, on a hot night during a thunderstorm, a bolt of lightning struck the base of a tree and cool spring water came bubbling out and through the compound.  I was there and I drank out of it as it still flows this very day!  They call it the divine flow from that low sand hill in western  Georgia, Amen! I found this info.  interesting!

After everything was said and done, after the War most of the prisoners boarded the Sultana out of Memphis, Tenn. so happy  they that they survived the horror of Andersonville when the overloaded, over strained boilers exploded, 1800 of them died!  Was there no end to their plight!

A new email Phishing attempt has been popping up on PC's and Mobile Phones/Tablets. This one will show that...
"You have a package ready for delivery. We need some information from you so it can be released to you."
The information "needed" will be your address, phone number, and proof that you are the person to receive the package. Maybe the last 4 digits of your social security number, a credit card for payment due, if any.
The ones that have been recently cropping up are fake messages from Home Depot, Walmart, CVS and others. Some depend on where you live and what stores are in your area. Others are occurring fro UPS and FedEx. All of these are fake, just an attempt to defraud you of your hard earned dollars. Most of these scam should get detected by your spam filters and moved to the spam folder. If not, you need to mark them as spam manually so your filters will "learn" about it, thus properly flag it the next time.
An interesting point with the CVS version; it may be marked properly as "Spam" and moved to your span/junk folder of your email app or on-line account. At least in one case, using Gmail as the email provider and the Gmail App on a iPad or iPhone, when you empty the spam folder, all the spam will be deleted, except the CVS one. It immediately reappears .
Spam filters used by the better email providers and the computer/phone/tablet applications are getting better all the time. Please be sure you have them set up properly to do their job. Let's be safe, don't be trapped by one of these scams. Being on line is actually safe, if you practice good habits, and have the right protective tools installed and enabled.

NOTE: Acknowledgments of information and/or photo sources are located on the "HPRA INFORMATION" page.

Return to top of page

© 2007 -   - Hugh Purvis Reunion Association. All rights reserved.
Designed and maintained by the HPRA